Phew! That was a bit of a whirlwind read, I haven’t read a paperback that fast in months, especially when I’m not even on holiday.

I’m a bit late to the party with this one, but if you haven’t read The Girl on the Train yet, here’s my little review. It’s a tense, twisty roller coaster of a book where no one comes out unscathed, and I loved it! I went in knowing relatively little, I wanted to read the book before watching the film, so if you want to avoid knowing too much, don’t read on. I try not to include spoilers, but this is one book where you’re best off starting with absolutely no idea what will happen.

If spoilers don’t scare you, read on! 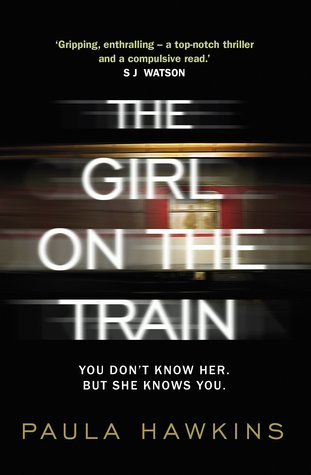 In a nutshell, Rachel takes the same train into London at 8:04am every morning, and back to Ashbury every evening where she rents a room from an old friend. On the way she passes Witney station, and the house she used to share with her ex-husband before their divorce, two years ago.

The train usually stops at a signal, allowing Rachel to spend a few minutes looking into the back gardens of the houses by the tracks, including her old home. A few doors down, a young, attractive couple are often sitting on their roof terrace or patio drinking coffee, and Rachel likes to imagine who they are and what they might do for work, etc. One day, she sees the wife with another man, and a few days later she sees an article in a newspaper stating that the woman has been reported missing. Feeling like she knows these people after months of watching them from the train window, and knowing that suspicion usually falls on the husband when a woman goes missing, she decides to tell the police and the husband that his wife was having an affair.

The thing is, Rachel is an alcoholic. And she’s been harassing her ex-husband and his new wife for over a year. When Anna, the new Mrs Watson, sees Rachel on the day of the missing woman’s disappearance, she reports it to the police, and as a result Rachel becomes embroiled in the investigation. Suffering from blackouts caused by her heavy drinking, Rachel remembers being outside her old home on that night, she remembers an argument and having blood on her hands, but nothing else.

I’ll leave it at that for fear of giving too much away, but suffice it to say this was a book filled with twists and turns, an unreliable narrator who can’t remember crucial events, and a supporting cast of very flawed, complex characters, none of which are completely innocent.

I’m giving it four stars because I really enjoyed it, I was gripped and got through it quite quickly, but there were some slightly frustrating parts. It wasn’t a completely satisfying read for this reason. I feel like the climax could have been even more tense and exciting as the whole book built up towards it and I was so ready to find out what really happened by the end.

I really enjoyed the writing style, it’s written almost like diary entries from the points of view of Rachel, Anna (Rachel’s ex’s new wife) and the woman who is missing, herself. We see the day-to-day run up to ‘that night’ and the aftermath from Rachel, with the occasional counter from Anna, and the events that lead up to it over the course of the last year from the missing woman.

I loved seeing the story from all three sides, each woman was completely different – they were all such fully formed and layered characters, each with their own traits and flaws. Hawkins is a brilliant writer, the story is well crafted, and I found the pacing was just slow enough for me to be desperate for more every time I read, but satisfied with what I had discovered so far.

If you like a good thriller, you’ll love The Girl on the Train. Even if you saw the film and weren’t convinced, I’ve heard it’s nowhere as good as the book and that they changed a few things – I’ll have to watch it now to compare!

Go and get the book, and let me know what you think in the comments below.

PS. Paula Hawkins has a new book coming out soon, Into the Water, and it sounds just as suspenseful and thrilling as The Girl on the Train! 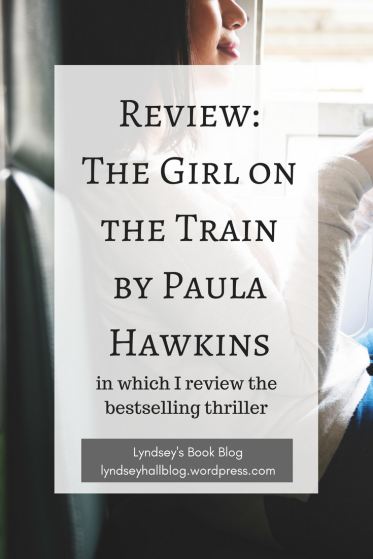 The Shadow Queen by C.J. Redwine

I just started reading this last night and only managed the prologue so far as I was really tired, but I love a good fairy tale retelling so I’m anticipating enjoying this one. I ran a Twitter poll to see what I should pick up next and this won so there are lots of you out there who loved it!

The Scorpio Races by Maggie Stiefvater

I am so in love with this book! I’ve enjoyed everything by Ms. Stiefvater that I’ve read so far, I’ve got The Raven Boys lined up on Audible next and I know that’s most people’s favourite of her series, so I’m really excited to get stuck in, especially after loving this one. The voice actors who play Puck and Sean are absolutely fantastic, they really bring the characters and the whole world she has created to life. I’ll do a review of this when I’m finished as it’s a standalone and I honestly can’t praise it enough!

(I’m about 1/7th through my second draft and it’s going really well so far, keep your fingers crossed for me! I’m writing a post about second drafts so I’ll be sharing that soon.)