Hi guys! I have news 🙂 On Wednesday 11th April my beautiful baby boy finally arrived! He’s officially eight weeks old today. I can’t believe I’m the mum of a two month old baby… While I bury my head in the sand and try to ignore the fact I’m now frighteningly grown up and completely responsible for another human life, here’s a little book review for your reading pleasure.

The first book in this duology, Flawed, was the first book I ever reviewed on this blog! You can check out my review here, if you haven’t read book one and don’t want any spoilers then I wouldn’t recommend reading on…

TL;DR Celestine is in hiding after escaping the clutches of Judge Crevan and his Whistleblowers. Holed up in a Flawed safe-house with a group of fellow branded outcasts, she’s a sitting duck when the Whistleblowers eventually turn up to raid the facility. Forced to go on the run again, she decides to hunt down the one person who may be able to help her overturn her Flawed sentence, but will she find the elusive footage and expose Judge Crevan for the monster he really is? 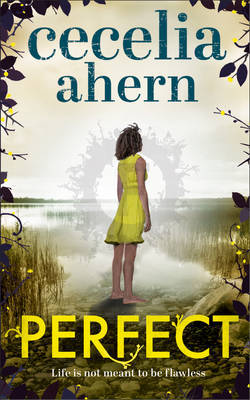 So, we left Celestine at the end of Flawed leaving her parents’ home and going on the run from Judge Crevan and his Whistleblowers, and we meet her again at the beginning of Perfect hiding out on her granddad’s farm. If you remember, Granddad is a Flawed sympathiser who speaks out against Crevan and his court, and helps Celestine when she first goes into hiding in book one. He’s an absolute legend with zero filter, like many granddads, which unfortunately means he’s already on the court’s radar, so it’s not long before the Whistleblowers turn up to raid his property in search of Celestine.

Barely escaping a pretty horrifying and fiery death, our girl Celestine is forced to run again, and with the help of some old friends, winds up at a facility where Flawed are hidden and employed in secret. She’s reunited with Carrick, but the peace doesn’t last long as Whistleblowers soon arrive, having been tipped off to Celestine’s location by someone she considered a friend. Worse, a familiar face is among the soldiers sent to escort her to Highland Castle.

With nowhere left to run, Celestine is forced to seek out the one person who might be able to help her overturn her Flawed sentence, if only she can find the lost footage of her sixth brand. If she discovers the tape in time, she’ll have a decision to make that could impact on the entire country – use the footage to blackmail Judge Crevan and have her sentence overturned, or release the tape and expose Crevan for the monster he is, in the hopes this revelation brings about the demise of the Guild itself. Will she save herself, or sacrifice her only leverage in order to free her fellow Flawed from their own sentences?

You’ll have to read it to find out! 😉

Perfect is a gripping novel that provides a satisfying conclusion to the Flawed series, answering some of the questions we’re left with after book one and posing several more about ethics, morality and humanity. There are parallels with the Nazi regime in this book that highlight the ease with which people can be turned against a subgroup of society, given enough indoctrination.

The Flawed are stripped of all life’s luxuries, forced to eat a bland diet, given a strict curfew, banned from gathering in groups of three or more, and forbidden from enjoying many of what we would consider basic human rights.

The rest of society are threatened with being labelled Flawed themselves if they so much as help a Flawed person, suggesting that being Flawed is practically contagious. Sympathising with the Flawed’s plight is tantamount to openly criticising the Guild, another surefire way to wind up branded Flawed yourself, so people avoid their Flawed neighbours, treat them as lesser, something to be pitied and feared, which makes the Guild’s job of alienating the Flawed and controlling the general public even easier.

I gave Perfect 3.5 stars, the same star rating I gave Flawed, it’s a well written sequel and a satisfying conclusion, I enjoyed reading it, but it wasn’t completely unputdownable, and I would have loved to feel more gripped. A little more tension and threat would have made this a four star read.

If you love dystopian stories, you’ll definitely enjoy Flawed and Perfect, the premise is equally fascinating and quietly disturbing, and Ahern’s execution is perfectly tuned to the Young Adult genre, after dozens of incredibly successful adult novels.

Have you read the Flawed series? What were your thoughts, did you find the concept believable? Let me know in the comments. 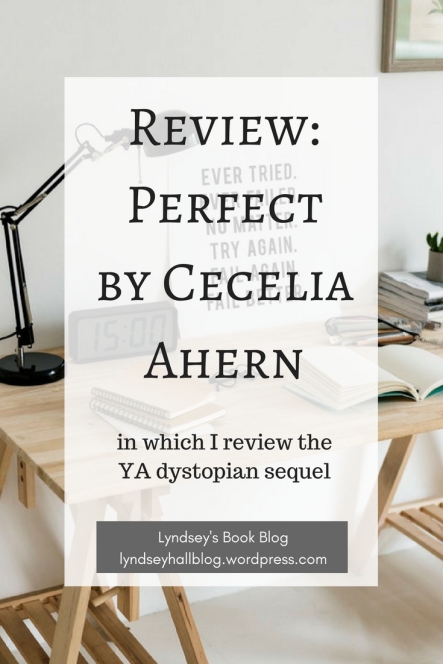