If you haven’t read my post on writing prologues you might want to pop over and give that a read – you can even read the original version of my prologue for The Fair Queen from my very first draft!

Epilogues, like prologues, are a hotly debated topic amongst writers. Some love them, some hate them. But they can add an additional layer to your work, when used correctly.

Let’s have a look at how to, and how not to, write an epilogue. 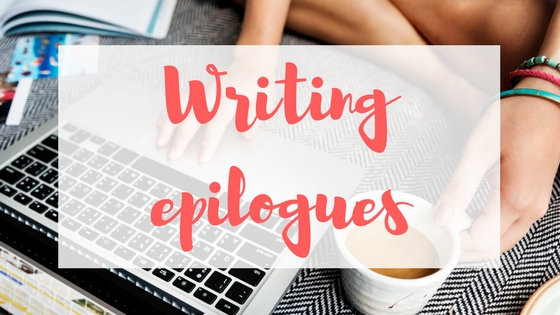 As I’m sure you’ve worked out by now, I’ve used a prologue and an epilogue in my current work-in-progress. If you read my post about writing your story’s ending, you might recognise the circular ending tradition. This is where your story ends in the same place as it begins, or the ending brings in elements that are reminiscent of your beginning.

I’ve always hoped to turn The Fair Queen into a series, with at least two, maybe three books. However, in my research into querying agents and publishers, I discovered that debut authors rarely get series offers, so it’s best to wrap your story up at the end in a way that will satisfy readers if there’s no sequel, but express to the agent/publisher that it could extend into a series.

With that in mind…

Dos and don’t of writing an epic epilogue:

Your epilogue shouldn’t be dead weight dragging the ending of your novel down. Sometimes an exciting, action-filled climax requires a steady finish to give a satisfying end, but other times your story is best left off after the main action concludes. This is something your Critique Partners and Beta Readers can help you with, if they see the epilogue as unnecessary then it should probably be cut. If you absolutely love it leave it in, but be prepared for an editor to tell you to cut it later.

So there you have it, a few basic tips on whether your story needs an epilogue and how to make sure it serves your story and doesn’t end up getting cut later.

What are your thoughts on epilogues? Do you skip them? Love them? Do you have any advice on writing them? Leave me your tips in the comments!