Welcome back to my blog, readers and writers!

Before we get to today’s review, I have some exciting news! I’m over halfway through draft two of my WIP The Fair Queen, and thought now would be a good time to share another excerpt (you may have read the first draft of my prologue when I shared it a few months ago).

So, now I’m sharing the first three chapters of The Fair Queen with you all! I’d love to hear your thoughts on it, email me, tweet me, or leave a comment on here.

All you have to do to get your chapters is sign up with your email address and you’ll receive a link to download them, and if you’re already subscribed there’ll be a link in every email so you can download and read them at your leisure!

Head over to my Books page to sign up by email and get your chapters!

Right, on with the review! 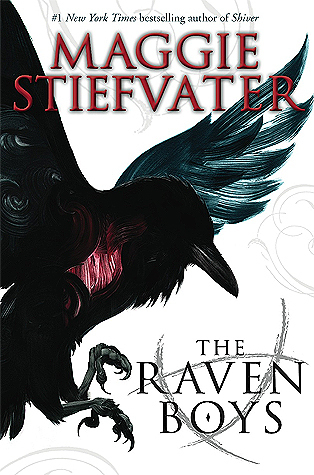 Let me start by saying that I am years behind, the final book in this series was published in 2016, and The Raven Cycle has been on my TBR for ages, but until I read The Scorpio Races recently and remembered how much I loved Maggie Stiefvater, it had languished at the bottom of the list. (I am ashamed. Too many books, too little time.)

Most of the book bloggers and readers I follow online absolutely adore this series, although some weren’t happy with the ending (I’ve only read the first book so far, so I can’t spoil that for you!). I heard that Maggie is writing a companion series about Ronan, so I’ll be looking forward to that when I finish. I’m going to try and avoid spoilers as much as possible – I’m desperate for some fan art, but Tumblr is a minefield!

The Raven Boys by Maggie Stiefvater is set in Henrietta, Virginia, a small town on a ley line, where psychics are real and magic exists. Gansey is searching for a dead Welsh king, and Blue is trying to avoid kissing any boys because her psychic mother and aunts have warned her that kissing her true love will result in his death.

“Impossibly, Blue realised that this other Blue was crying because she loved Gansey. And that the reason Gansey touched her like that, his fingers so careful with her, was because he knew that her kiss could kill him.”

Unlike her mother, Blue doesn’t have the Sight, but on St Mark’s day, she sees a spirit. The spirits that walk the corpse road on St Mark’s day are the people of the town that will die in the next twelve months. Mostly the sick and elderly. But this spirit is a young man, and for Blue to have seen him must mean that he is either her true love, or she is going to kill him. Or both.

The eponymous Raven Boys consist of:

“Gansey was just a guy with a lot of stuff and a hole inside him that chewed away more of his heart every year.”

“Gansey had once told Adam that he was afraid most people didn’t know how to handle Ronan. What he meant by this was that he was worried that one day someone would fall on Ronan and cut themselves.”

“Noah appeared beside Blue. He looked joyful and adoring, like a Labrador retriever. Noah had decided almost immediately that he would do anything for Blue, a fact that would’ve needled Adam if it had been anyone other than Noah.”

All but Adam live together in an apartment building owned by Gansey, Monmouth Manufacturing. Adam lives in a double wide trailer with his parents, to his embarrassment, and works several jobs to pay for the half of his school fees that aren’t covered by a scholarship.

The emblem of Aglionby Academy, where the boys go to school, is a raven. Hence the name.

The atmosphere of the book is heavy and intense, like a hot summer. For those few weeks in the story, it feels like everything Blue and the Raven Boys do is life-or-death, and it just might be. Stiefvater is brilliant at creating suspense and a sense of urgency, it’s slow-building, picking up speed with each surprise revelation along the way.

The plot, whilst gripping, is almost secondary to the relationships between the characters. I’ve seen the group described as “co-dependent” and that couldn’t be more accurate, I can’t think of another group of teens in a YA novel that need each other quite as much as these do.

“Gansey could’ve had any and all of the friends that he wanted. Instead he had chosen the three of them, three guys who should’ve, for three different reasons, been friendless.”

There are a lot of components to The Raven Boys, but Stiefvater commands them all effortlessly, and it never feels like a single element doesn’t quite fit. Combining Blue’s world of eccentric women, mysterious psychic abilities and strong principles with Gansey’s world of privilege, money and the all-consuming search for Owen Glendower, the lost Welsh king, takes real artistry, and Stiefvater makes it look easy.

I’m giving The Raven Boys 5 stars, it is definitely one of my new favourite books – probably not quite surpassing The Scorpio Races, if only because it’s the first in a series rather than a standalone and so I won’t be satisfied until I’ve read the entire series!

I would liken it to Beautiful Creatures, thematically, which I sadly didn’t finish, but this is definitely the better book!

Have you read The Raven Cycle? Which other books would you liken it to? If not, I can’t recommend it enough, stick it on your TBR or bump it up to the top, and let me know what you think of it!

And I Darken by Kiersten White

I’m only about 50 pages into this but I’m enjoying it so far, it’s different to my usual YA reads because Lada starts off as a young girl and grows up throughout the book, so she’s only about 13 right now and already she’s a badass. It’s fascinating learning more about Romania and the Ottomans, and it’s a really interesting adaptation of the Vlad the Impaler/Dracula story.

The Shadow Queen by C.J. Redwine

I finally finished my beta reading, so I’m going to dive back into this one because it’s been sitting on my bedside table for weeks now, untouched. I’ve heard there are dragons, so I’ll be picking this back up sharpish! 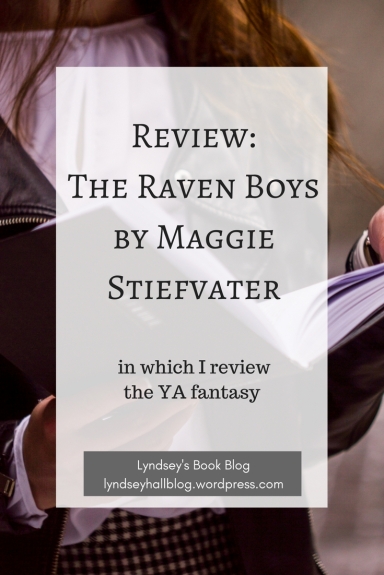