I took part in National Novel Writing Month for the first time this year. I didn’t quite manage to write 50,000 words, but I got to almost 35,000 and that is an achievement in itself!

I didn’t go into it expecting to win. I didn’t even believe I could win, what with work and a busy social life. Now that November is over and I have successfully survived my first attempt at NaNoWriMo I can honestly say that it’s not as difficult as it sounds. I’m sure I could have won if a few unexpected things hadn’t come up and I had been a little bit more focused.

(I will never regret the weekend I spent watching the Harry Potter films and making HP themed food and drink with my sister in law. That Polyjuice Potion cocktail was delicious!)

With the 15,000 words I had already written of my WIP before November started, I’m actually over 50,000 words into my first draft. At this rate, I expect to have my first draft finished by the end of the year. I know Christmas is coming, but I have a couple of weeks off over the festive period and I am really enjoying writing (almost) everyday. So, the one thing I will thank NaNoWriMo for is getting me into a writing habit.

I fell into the trap of editing as I go, but I think I’m going to end up with a pretty solid first draft as a result, rather than a mess of typos and plot holes, so fingers crossed all’s well that end’s well.

Then again, I may end up scrapping every single scene and rewriting the whole thing in the second draft. Who knows!?

NaNo was definitely an eye-opener, and a baptism of fire for me. I only started writing my first novel in the summer, and had outlined pretty well before November, and even written the first couple of chapters. NaNo forced me to outline even further, by listing 30 scenes that I needed to write so that every day I would have something to write about, rather than trying to remember where I was and where I was going. Thank the Better Novel Project for that pearl of wisdom! Christine has created a cheatsheet wth 30 scenes that are essential for every Hero’s Journey structure novel. This came in really handy when I was writing my list. This year, she has also created a cheatsheet with 30 steps for building characters and themes to help you plan and outline your novel and give your story more depth.

I’m really happy about where I am with my WIP now, everything is coming together and it’s starting to feel like a real novel. (Ssh, don’t jinx it!)

I’ll introduce you to my characters in my next post, they’re really coming into their own now and I want to dig even deeper and get to the bottom of who they are. So, we’ll do that next time!

If you took part in NaNo I’d love to hear how it went for you. Tell me about your WIPs! I’m about 13,000 words into my first draft of a young adult fantasy novel.

I’ve been writing as much as I can during my spare time, evenings and weekends, and I’m really happy with how my draft is coming along so far. I wish I could write a little faster though, and dedicate more time to it, so I’ve decided to take part in NaNoWriMo this November. (Add me as a Writing Buddy!)

I’m not sure I’ll manage to write 50,000 words in 30 days, but having such an ambitious target and a clear cut deadline will (hopefully) help me to write a good chunk. Maybe even finish my first draft by Christmas! *wishful thinking*

I know that first drafts are always terrible, and it’s in rewriting and editing that the magic happens, but I keep falling into the trap of editing as I go. I need to just get my head down and write until there are at least 80,000 words on the page for me to play with.

I read a good piece of advice on Tumblr yesterday, someone said that rather than editing your draft in the same document and just amending it, you should print it out and start a new document. Completely rewrite it, because that way you are really reading and analysing each line, rather than skimming over your writing and accepting things that are ‘good enough’.

By retyping every line, you’ll end up with a completely different and ultimately superior novel to the one you wrote in your first draft. You’ll play with sentence structure, remove entire paragraphs that become irrelevant, choose your words more carefully.

And let’s face it, you’re a better writer at the end of the first draft than you were at the beginning. So if your first few chapters suck, this way you get to completely rewrite them, and not only are you a more skilled writer now, but you know your characters and plot inside out.

I expect my second draft to take twice as long as my first!

So, let me introduce you to my WIP 🙂

I love my title! My original working title was Hart of Jade (awful, I know) but as I plotted and planned this title just came to me. During planning the novel also became a duology, so the sequel will be called The Solitary King.

Seventeen, looking for adventure and an escape from her daily life in the small rural village of Hartwood. Secretly in love with her gay best friend, Jasper and afraid that she doesn’t belong anywhere.

Aria is a few weeks away from turning eighteen, her best friend Jasper is going away to University at the end of the summer and she’s afraid that she’ll never leave their small town of Hartwood.

Girls have started disappearing, but Aria isn’t concerned, until one night she is kidnapped from her home by a group of strange men.

They tell her she is the daughter of a King, hidden in the human realm as a baby for her own protection. She is in danger because the evil Celeste King has discovered her whereabouts and has sent his men to kill her.

They take her through the veil to the Fair realm, and set off on a journey through the Five Kingdoms to reunite Aria with her true father, the Salamander King, so she can take her rightful place as his heir.

OK, so that’s my WIP, I hope you like the sound of it!

Let me know in the comments, and tell me what you’re working on 🙂 Hi, my name is Lyndsey and this is my new book blog!

I recently started writing the first draft of my first novel (phew – just saying it out loud is scary!), and I hope that this will be a place to share my journey, get some advice and motivation from fellow writers, and most importantly, make myself accountable!

It takes a village, as they say, so if you’re up for joining mine and helping me get to the finish line with my first draft – and hopefully a finished novel – then you’re most welcome here. You can subscribe or leave a comment or just pop back occasionally to see what’s new with me.

As well as updates about my novel progress and sneak-peeks at the story, I’ll also be reviewing books here, because one of the most important parts of writing is reading, and I do love to read! So, if you’re a YA fantasy fan like me, stick around because you’re gonna love it here. 🙂

OK, that’s enough from me for today. I’ll be back soon with a little book review for you, and in the meantime you can check out what I’m currently reading. I’ve always got at least one book and one audiobook on the go, so I’ll share where I’m up to and whether I’m enjoying it so far.

I’ve been struggling with this one for a couple of years now, picking it up and putting it down in favour of something else several times. I’m about halfway through, and I’ve got Beautiful Darkness waiting on my bookshelf, but I’m just not enjoying the book as much as the film (sacrilege, I know). Tell me what you thought of this one, did you love it? Did you struggle to finish like me?

I’m enjoying the Remnant Chronicles so far, and I can see how the series has inspired my own writing already! I can’t wait to get my hands on The Beauty of Darkness to see who Lia ultimately ends up with (#TeamRafe). I’ve already earmarked Empire of Storms by Sarah J. Maas (literally my idol!) as September’s audiobook, so it might be a couple of months before I get round to it!

You can also follow me on Goodreads!
my currently-reading shelf:

See you next time fellow villagers. To paraphrase the legend that is Bruce Forsyth, keeeep reading! 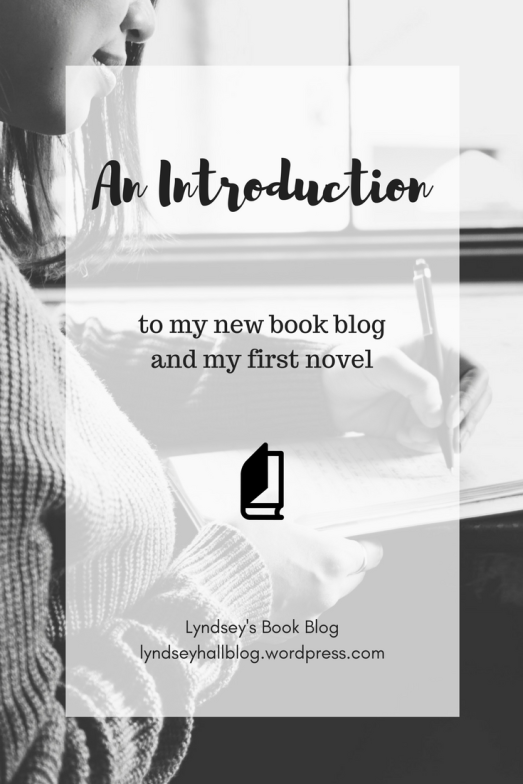