Hi folks, I thought I’d give you all a little look-see at which book series I’m loving right now and which sequels I can’t wait to read. I’m going to cheat a little bit today, some of these books are yet to be released, some are recent releases, and some are years old, I just haven’t managed to squeeze them into my busy schedule yet.

Let me know if you’ve read any of these and what you thought!

Escaping from Houdini by Kerri Maniscalco 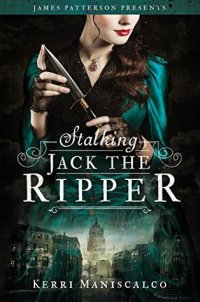 How beautiful do those covers look together? I’m not usually a huge fan of people on covers, but these are just gorgeous. I especially like the cityscapes that are blended in, as a big part of these stories is the location they’re set in (London, Romania and a luxury cruise liner to America!). I just finished the audio book of Hunting Prince Dracula a couple of weeks ago and loved it even more than Stalking Jack the Ripper, so I’m really excited for Escaping from Houdini’s release this month! I’ve preordered it using my September Audible credit so I can download it as soon as it goes live. 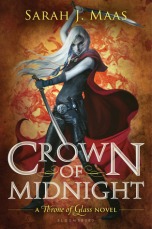 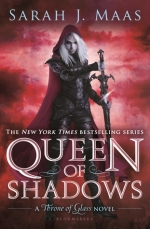 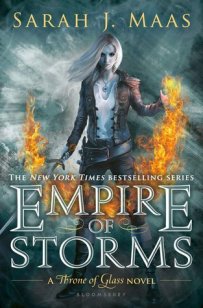 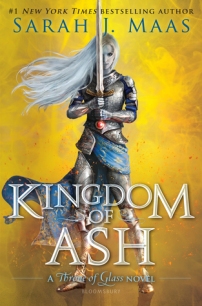 Probably my favourite series of all time (after Harry Potter, of course) and soon to be a TV series! I’m just about to finish reading the paperback of Tower of Dawn, which has been a new experience after listening to the audio books of the previous five books – I normally get through these in a week or two, but it’s taken months thanks to a new baby stealing all my reading time! Thank the gods I’m back to work and can listen to the audio book on my commute when Kingdom of Ash is released next month.

Now I Rise & Bright We Burn by Kiersten White

I still can’t believe I haven’t read Now I Rise! At least now Bright We Burn is out I can read both in quick succession instead of dying from the long wait. I listened to the audio book of And I Darken (and loved it!), and for some reason book two never appeared on Audible. I waited and waited, but I guess I’m going to have to get my hands on the paperbacks of these two. I’ll have to hit up the mobile library next time it comes around!

(Do you have mobile libraries in other countries? It’s basically a minibus full of books that drives around rural villages. You can order books like a normal library. They’re pretty great when you live out in the sticks, but might only come once a month depending where you live.)

Half Lost by Sally Green 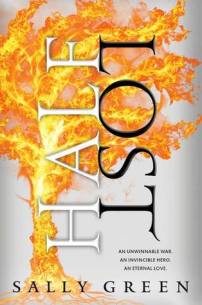 Half Bad was such an unexpected joy of a book, I’d never heard of it until a friend who works for Waterstones gave it to me just after it was released, but I was hooked immediately. Green’s got such a captivating way of writing, she throws you straight into Nathan’s head and you barely get a chance to catch your breath until you’ve finished the whole book. I read Half Wild a couple of years ago, and I’ve just never gotten round to Half Lost (clearly putting off ending the series and saying goodbye to Nathan and Gabriel!). 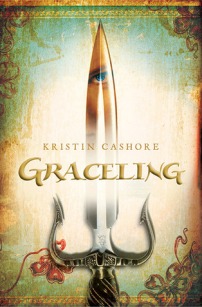 Graceling was the best YA fantasy I’d read in about a year, and has cemented its position as one of my all time favourites. The story is just so well crafted, with beautifully detailed world-building and fully-formed characters. The whole concept of Graces is fascinating, like natural talents and affinities taken to the nth degree, and I can’t wait to find out more about them in the two companion books, Fire and Bitterblue. They follow different characters in the same fictional world, with some of the cast of Graceling popping up as cameos, and Bitterblue obviously focusing on one of the secondary characters from book one. If you haven’t read Graceling yet, I’d definitely recommend it, I jumped on the bandwagon late, but now I’m practically driving it!

Lord of Shadows & Queen of Air and Darkness by Cassandra Clare 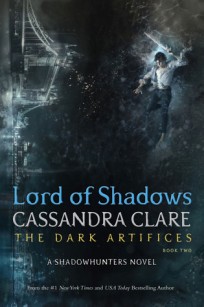 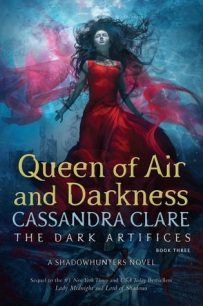 I’ve been obsessed with all things Shadowhunter since I first read City of Bones about 8 years ago, quickly ordering and devouring all the available sequels, and then The Infernal Devices, and stalking the filming of the Mortal Instruments movie with Lily Collins and Jamie Campbell Bower. I actually enjoyed the film and was really disappointed when it didn’t do that well, so I was thrilled when they decided to turn it into a TV series. Now Shadowhunters is coming to an end and I’m left with the book series again. Not that I’m complaining, I’ve got Tales from the Shadowhunter Academy and Lord of Shadows sitting on my shelf just waiting to be read, and Queen of Air and Darkness will soon be out in the world. Then there’s the fourth series Clare is planning, The Last Hours, and I cannot wait to hear about Will and Tessa’s descendants! So it’s not like I’m struggling for content over here.

And that is a very non-exhaustive list of the sequels I’m desperate to read and plan to jump headlong into as soon as I get a spare moment (babies, amirite?). Which series are you loving right now and can’t wait to get your hands on the next book?